Showing posts from June, 2017
Show All

Hobnails, Beads and Pearls: The Women of the Rockies 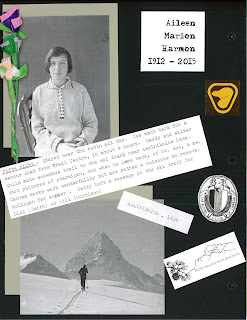 In the winter of 2016 Whyte Museum staff were invited by the Curator of Art & Heritage to choose a woman from Canadian Rockies past or present and represent them in a scrapbook. The scrapbook was placed in the new exhibit Hobnails, Beads and Pearls, located in the Gateway to the Rockies exhibition, which celebrates the women of the Rockies whether they were climbers or movie stars, horsewomen or homemakers.    Below are the scrapbook pages and a short paragraph about the women represented. For more information on these amazing women readers can search the Whyte Archives Online Database or pay a visit to the Museum and discover the women throughout the Museum, the Archives and even in books in the Whyte Shop!  The scrapbook is a work in progress as staff members and members of the public are welcome to submit pages to include in the book. Anyone interested can contact our Curatorial Team via info@whyte.org .  Aileen Harmon Aileen Harmon, daughter of famous photographer Byron
Post a comment
Read more 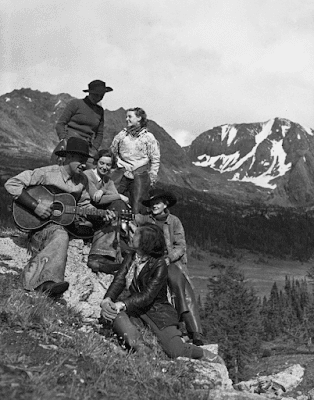 Name: Wilf Carter (Wilfred Alfred Charles Carter) Nicknames: Father of Canadian Country Music, Montana Slim Birth: December 18th, 1904 - Port Hilford, Nova Scotia Death: December 5th, 1996 - Scottsdale, Arizona Occupation: Yodeling Cowboy  Some people might find it odd that a boy from Port Hilford, Nova Scotia wanted to be a cowboy, but for those who have been lucky enough to go after a dream and see it realized in the West, it doesn't seem so crazy.  First inspired by a touring Swiss vaudeville artist known as 'The Yodeling Fool' when he was ten years old, Wilf made the decision to move to Alberta in the early 1920's. He began his career performing at dances, camps, bunkhouses, and house parties, eventually joining the Canadian rodeo circuit where he also competed. By 1929 he had moved to Calgary and was singing on a Calgary radio station, CFCN, as well as CFAC, and nationally on CRBC.  By this point Wilf had also taught himself how to play guitar. In re
Post a comment
Read more 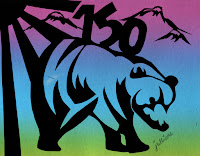