Showing posts from July, 2017
Show All

Blank Spaces of the Canadian Rockies 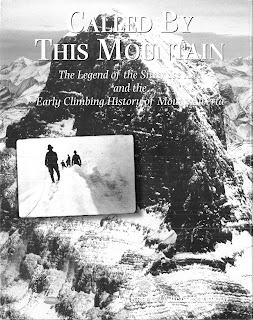 The First Ascent of Mount Alberta During the Golden Age of mountaineering in the Canadian Rockies it was not uncommon for first ascents to be attained by non-Canadians. In fact, it was more likely that a peak would be climbed by a European or an American than a Canadian. The first ascent of Mount Alberta in Jasper National Park is no different in that regard. However, the legend that followed, and the international relationship that was formed after that first ascent was very different. As told in Robert William Sandford's book Called by This Mountain: The Legend of the Silver Ice Axe and Early Climbing History of Mount Alberta, the story, the people and the objects involved push the physical, mental and international boundaries involved in mountaineering.  "Called by This Mountain" by Robert William Sandford from the ACC Library Collection Mount Alberta is located in Jasper National Park at the northern edge of the Columbia Icefields. It is the 3 rd highes
Post a comment
Read more 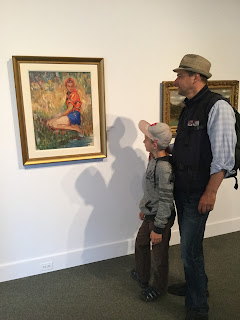 The Portraits of Nicholas de Grandmaison Igor and Andrei admiring Nicholas de Grandmaison's painting of his wife Sonia.  Three weeks ago author Igor Krasnov stopped at the Whyte Museum while on vacation to view the artworks of the man he'd been researching and writing about for the last decade: Nicholas de Grandmaison. What began as an interest in learning about his new home in Victoria, B.C. after emmigrating from Russia, evolved into a journey to discover the story of fellow Russian immigrant and renowned artist Nicholas de Grandmaison.  His quest began at his local library where he discovered the famous Canadian painter Emily Carr. Known for her modernist depictions of the Pacific Northwest Coast lifestyle, Carr's lack of Indigenous Peoples portrayed in her paintings surprised Krasnov. Upon further research Krasnov discovered a story in one of her books explaining why she didn't paint portraits of Indigenous Peoples. According to Carr, she once tried
Post a comment
Read more
More posts