Showing posts from December, 2017
Show All

Top Moments of 2017 at the Whyte Museum

It’s hard to believe that 2017 is nearing its end. Here at the Whyte Museum of the Canadian Rockies we’d like to look back on 2017 and recall some of our top moments of the year. So get cozy by the fire with a warm drink in your hand and reminisce with us… Fireside Chats Are you warm and cozy by the fire? Because we had some great Fireside Chats this past year with Chic Scott and his guests. An oral history tradition at the Whyte Museum that has continued since the time of our founder Catharine Robb Whyte, Fireside Chats look to preserve the stories of the mountains and the people who have made their homes in them.            The first Fireside Chat of 2017 saw Eddie Hunter cross-examining his interviewer Chic, while the second took us on a journey from Austria to Canada with Leo Grillmair. Both events had record numbers of attendees, from 140-160 members of the community filling (and maybe slightly overfilling) our Heritage Gallery. These events really demonstrate
Post a comment
Read more 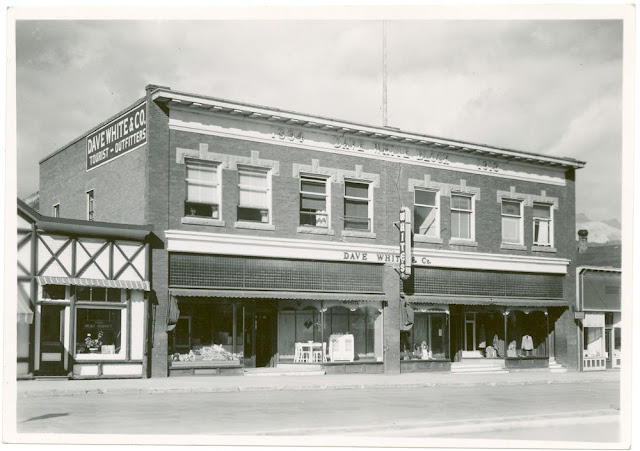 V684/PA221-30, Jack White fonds, Dave White store ca. 1950s. Dave White opened his first general merchandise store in 1894 on Banff Avenue. Initially called the Park Store, Dave White & Sons was a successful family owned business. At Christmastime the store was especially lively with community celebrations. V683/A/3/PA14, Dave White store at Christmas. V683/A/3/PA13, Santa at Dave White store. The annual "Christmas Tree" event began in 1896. As reported in the Banff Crag and Canyon newspaper of 1915, the event was created "in the spirit of Dickens who conceived of the idea of arranging a Christmas tree and entertainment for the children in which all could participate, irrespective of the creed or worldly position of their parents". A list of Banff children's names were registered at stores across the village. Donations were collected and gifts for all the children were hung on the tree. V469/2964, George Noble fonds, White's Christ
Post a comment
Read more 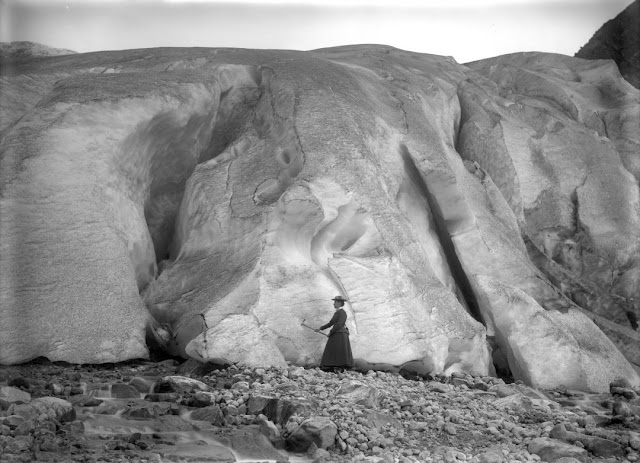 V653/NG-596, Vaux family fonds, Ice forefoot of Illecillewaet Glacier, 8/17/99. Happy International Mountain Day! This year’s theme from the United Nations is “Mountains Under Pressure: Climate, Hunger and Migration”. We have chosen to focus on the issue of Climate and will be sharing with you the story of the Vaux family who studied glaciers right here in the Canadian Rockies at the turn of the 20 th century.  The Vaux family of Philadelphia, Pennsylvania were photographers, mountaineers and scientists. Mary M. Vaux (1860-1940), George Vaux Jr. (1863-1927), and William S. Vaux Jr. (1872-1908), were the children of George Vaux (VIII) of Philadelphia. They were all involved in photography in the early 1880s and were members of the Photographic Society of Philadelphia. All three were taking photographs when the family made its first trip west in 1885. The first Vaux family photographs of the Canadian mountain west were made in 1887 during a summer trip along the Canadian Pa
Post a comment
Read more 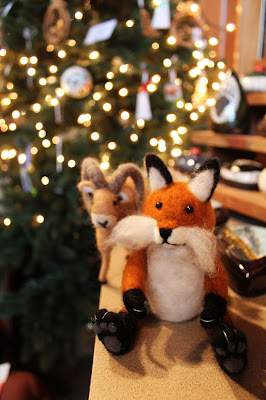 The holiday season means a lot of different things to different people. For us at the Whyte Museum we see it as a great opportunity to support local artists and our community by shopping local. Make it a Canadian gift this season and stop by the Whyte Museum Shop on Bear Street.  We've compiled a handy list of gift items made right here in Alberta and British Columbia that are available at the Whyte Museum Shop... #1.  Cuddly Creatures If you've got kids on your shopping list who love wildlife make sure you take a look at these adorable hand needle felted animals by Holly Boone of Edmonton, Alberta. Made from carefully selected materials these little guys will bring a smile to anyone's face.  #2. Inspired Fashion What about the friend who likes to take fashionable art to the next level? Lindsay Rempel transforms the paintings from her Okotoks studio into wearable art like scarves! Give the gift of art and the mountains all in one soft, colourful gift.
Post a comment
Read more
More posts