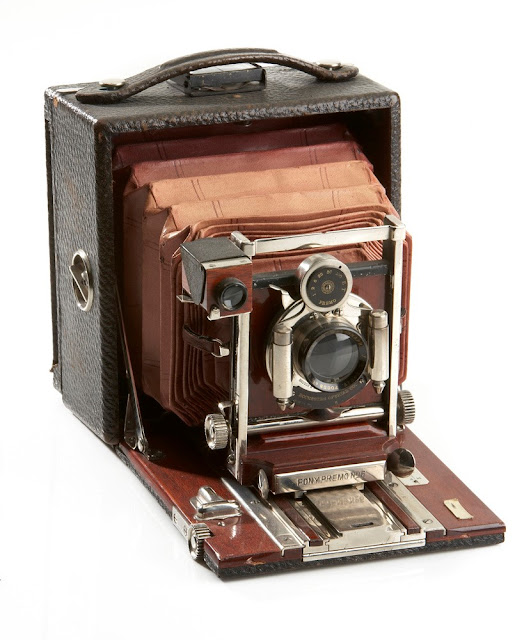 This small, bellows camera is a Pony Premno No.6. The Premno camera line was produced by the Rochester Optical Company. As technology changed and photography became more popular, the wants of the average consumer also changed. No longer did the heavy and cumbersome cameras of the past have a place in the everyday life of an amateur photographer. They wanted a lighter, less bulky camera that was easily transported.

This particular camera has a 9 x 12 cm quarter plate, f/ 4.5 150 mm Planatograph lens, and a Bausch & Lomb pneumatic shutter [2]. It also has a tilting and reversing back, which allows for either portrait or landscape pictures to be taken. The ground glass screen is a ". . . sheet of glass with matted surface, placed in the plane to be occupied by the sensitized plate. When the image on screen is sharp the camera [is] correctly focused [1]." Many of these types of cameras are valued because of the unique materials they were made of. The materials that were used frequently included pig, lizard, or crocodile skins, exotic woods such as mahogany and teak, and various metals such as gold and silver [1].

The pneumatic shutter of this camera was created by Bausch & Lomb. Originally an optician, John Jacob Bausch emigrated to America in 1850, he set up a shop in 1853 called J. J. Bausch Optician [2]. By 1864, a man named Henry Lomb joined his company and it was renamed Bausch and Lomb, Optician. After the death of Lomb, the company changed its name multiple times until eventually settling on Bausch and Lomb Inc. just after the Second World War [2]. As many are aware, this company still exists today.

This particular camera belonged to the collection of Catharine Robb Whyte (pictured below) and was donated to the Whyte Museum after her death in 1979.

However, the camera originally belonged and was used by Mary Schäffer Warren (pictured below). Out of the thousands of photographs that were taken over the period of Mary's life, it would be an ambitious task to determine which images were indeed taken with this camera.

[1] Auer, Michael. The Illustrated History of the Camera from 1839 to the Present. Translated and Adapted by D.B. Tubbs. Boston: New York Geographic Society, 1975. 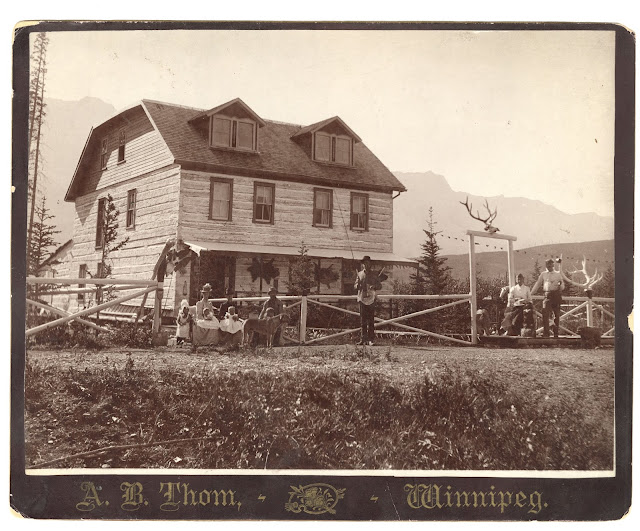